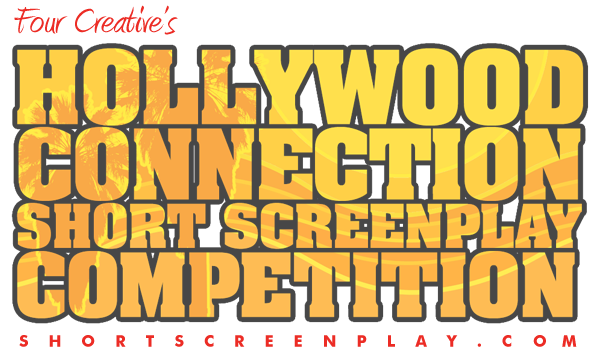 CONGRATS TO THE WINNER
OF OUR SECOND COMPETITION,

THANKS TO ALL WHO ENTERED, HELPED PROMOTE US, OR CONTRIBUTED TO HELP US GET STARTED!

What's our Hollywood connection? Right now it's mainly actors. Our actors/connections have been on genre defining TV shows and in film... from tiny independent films to films from major studios with directors who are household names. When someone wins our contest and we produce their script, we will do our best to get as many people in front of and behind the camera who have gotten the stamp of approval from Hollywood and beyond, while giving some newer talent the opportunity to shine as well.

We live in Hollywood, that's a big part of the connection. Well... not Hollywood proper, as that's just a small part of Los Angeles. Truth be known, there are actually more movie studios in Culver City. Regardless, our core group lives and works here in Los Angeles area and our group of "Hollywood approved" friends is growing daily here in the city where most film/TV decision makers are as well. Our friends/connections want to work with us and we want to work with them... which can benefit a writer who is a complete stranger. We think that's a beautiful thing.

Our goal is to create a competition where symbiosis exists: entries create a winner, the winner's script becomes a short film, and that short film helps to create more entries which helps to create the budget to make the next short film for the next winning script. Writers grow and learn with each competition as we grow and learn during the production of each winning short screenplay. Our circle of connections grows as we become more of a known quantity. The competition evolves as more and more writers become aware of its existence as we evolve to produce even better shorts with the highest quality of talent available to us both in front of and behind the camera.

We want to tell stories... the best ones we can find.

We want to find the best talent that we can, help connect them with people who can help further their talent. Our hope is to create a competition where everyone learns and grows while expanding their creative network. We want to be a launching pad for undiscovered and underappreciated talent.

The first draft of anything is shit.

After nourishment, shelter and companionship, stories
are the thing we need most in the world.

Screenwriting is like ironing. You move forward
a little bit and go back and smooth things out.